Our Position in Christ

The Church as the Household of God

Eph. 2:6 and raised us up together, and made us sit together in the heavenly places in Christ Jesus,

Eph. 2:7 (for)that (purpose) in the ages to come He might show the exceeding (superabundant) riches of His grace in His kindness toward us in Christ Jesus. 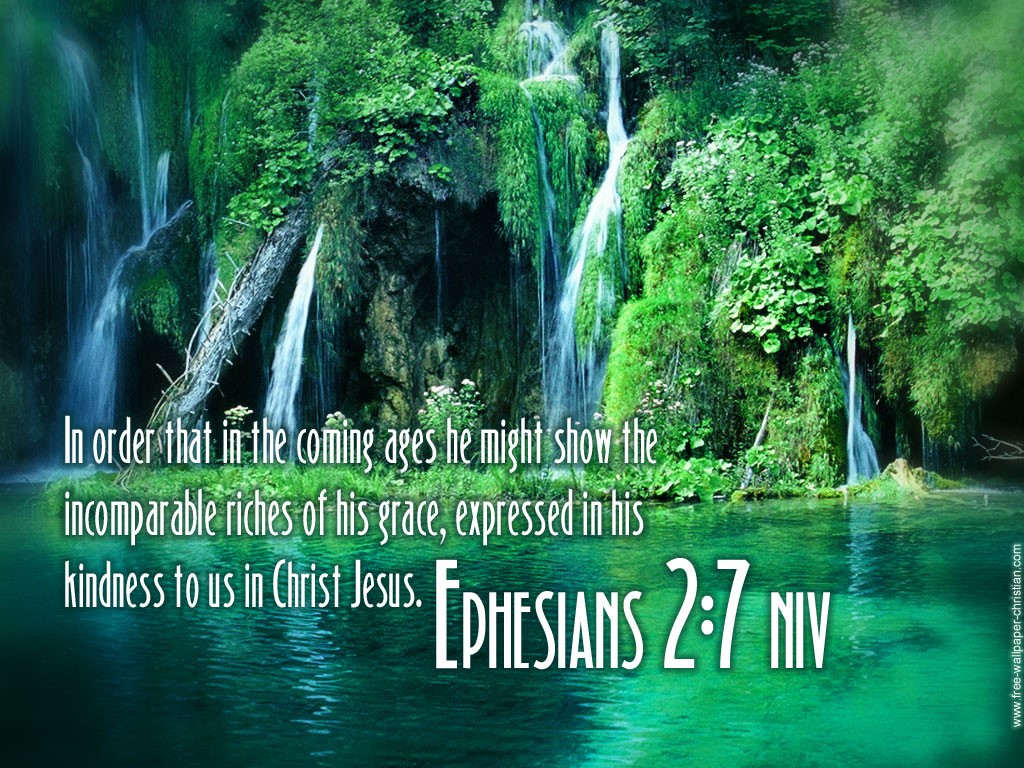 2:7 Timeless perpetuity (the eternal future) will continue to tell of the surpassing excellence of His grace towards us. Grace exhibits excessive evidence of the fact that we are embraced in God's kindness because we are associated (positioned) in Christ. Mirror

Ephesians 2:7, NLT: "So God can point to us in all future ages as examples of the incredible wealth of his grace and kindness toward us, as shown in all he has done for us who are united with Christ Jesus."

BECAUSE WE ARE BELIEVERS IN CHRIST (ONE WITH HIM), AND WE ARE MEMBERS OF HIS BODY AND WE SIT TOGETHER IN THE HEAVENLIES.

The sense is, we are raised up with Christ, and are made to partake of his honor and glory in order that others may forever be impressed wish a sense of the divine goodness and mercy to us.

The exceeding riches of his grace - The “abounding, overflowing” riches of grace; compare the notes, Ephesians 1:7. This is Paul’s favorite expression - an expression so beautiful and so full of meaning that it will bear often to be repeated.

Ephesians 1:7 In Him we have redemption through His blood, the forgiveness of sins, according to the riches of His grace.

Riches of His Grace

We have expounded on grace in Chapter 1 teaching, but here we will teach on what being seated with Him has to do with the riches of His grace. Why does Paul continue on this theme of grace? What does he want us to see?

I don't know how figurative Paul's language is or that of John's, but I point out that there are elders seated together with the Christ:

Revelation 4:4  Around the throne were twenty-four thrones, and on the thrones I saw twenty-four elders sitting, clothed in white [a]robes; and they had crowns of gold on their heads. NKJ 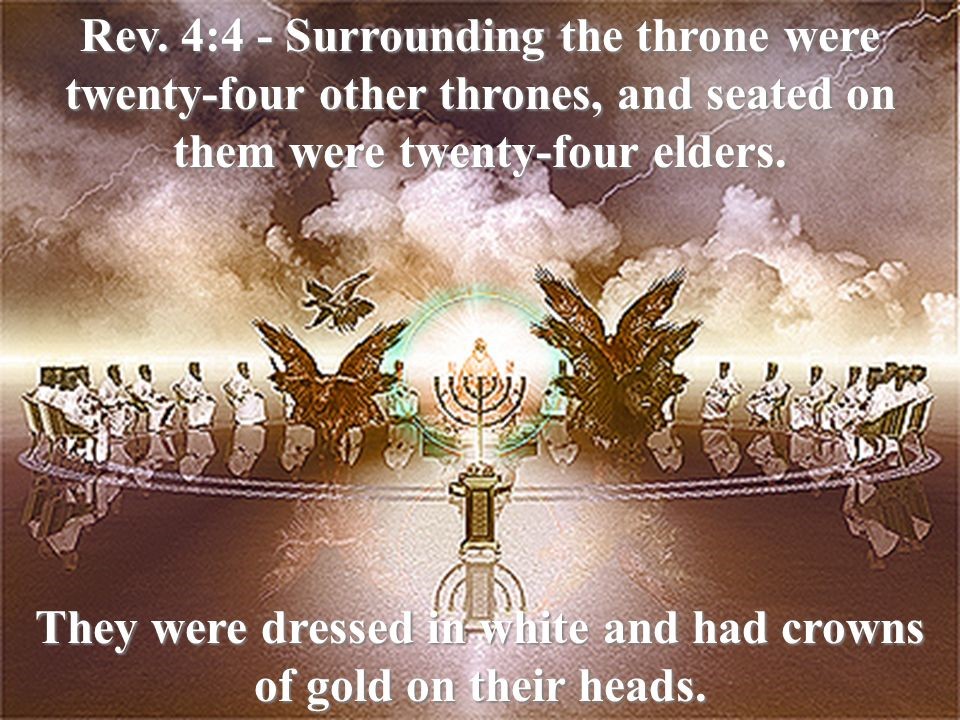 Contrary to common Christian understanding, "elders" are not "rulers" over the people but rather representatives of the people. That is, the fact that there are elders indicates that the people have a voice in the council of God.  He (Jesus) represents us in the divine government or kingdom.

Is there a difference between the Kingdom of God and Kingdom of Heaven? Some say, yes; some say no.  In my research I found out they are the same. The phrase “kingdom of God” occurs 68 times in 10 different New Testament books, while “kingdom of heaven” occurs only 32 times, and only in the Gospel of Matthew. Based on Matthew’s exclusive use of the phrase and the Jewish nature of his Gospel, some interpreters have concluded that Matthew was writing concerning the millennial kingdom while the other New Testament authors were referring to the universal kingdom.

In each instance, Matthew used the phrase “kingdom of heaven” while Mark and/or Luke used “kingdom of God.”

Jesus said in Luke 17:21 "Neither shall they say, Lo here! or, lo there! for, behold, the kingdom of God is within you." KJV 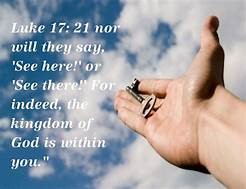 In Matthew 13 the same One who said, “The power of God’s kingdom is right here, right now.”

Jesus gave us a series of parables which show three things

1. There are immediate things that happen when God’s rule is welcomed and received now. Second, there are many things that faith sets in motion, but which take time to conclude. And third, there are some aspects of Christ’s ultimate kingdom dominion that will not be manifest until “the end of the age.”

2. The entire ministry of Jesus is understood in relation to this important declaration of the presence of the kingdom. His ethical teachings, for example, cannot be understood apart from the announcement of the kingdom. This is what Jesus preached, the Gospel of the Kingdom of God.

3. A major theme in Jesus’ parables is the demand of following Him in authentic discipleship. In the parables of the hidden treasure and the pearl of great price Jesus stated that the kingdom of heaven is of such value that all other treasures in life are of secondary worth. Other points:

·The kingdom cannot be earned it can be received.

·The kingdom extends like fishing net, gathering people from every part of society offering new life in the life-changing presence of God.

·The kingdom is more valuable than a precious gem and it excludes any and all competitors.

From God's view, there are only two kingdoms. In one, you "follow Him" and obey His will and ways. In the other, there is only "worship of self," which is always in competition against God's ways, which are selfless.

·Walk in love and forgiveness

·Seek first the kingdom and His righteousness

·He supplies all my needs according to His riches in glory

·Blessed are the humble and meek

·He who will be last shall be first

·Pray for your enemies and those who despitefully use you,

·He who learns to abase shall abound

·Look out for only myself and my needs and my wants.

·Look to myself or someone for it.

Here is the order:

·Seek the Kingdom Matthew 6:33 “But seek first the kingdom of God and His righteousness, and all these things shall be added to you.

·Enter the Kingdom [that you saw] Matt. 5:20“For I say to you, that unless your righteousness exceeds the righteousness of the scribes and Pharisees, you will by no means enter the kingdom of heaven.

We have the righteousness of God in Christ Jesus and we can enter the kingdom. In actuality the kingdom enters us.

· Inherit the Kingdom [that you entered]  Walk in the Spirit-Galatians 5:16-25

·Possess the Kingdom [that you inherited] Daniel 7:22 “until the Ancient of Days came, and a judgment was made in favor of the saints of the Most High, and the time came for the saints to possess the kingdom.

To view Kingdom of God/Heaven Scriptures

Enjoy the kingdom of God within you!!!

Rom.14:17 For the kingdom of God is not a matter of eating and drinking but of righteousness and peace and joy in the Holy Spirit. Rev 11:15 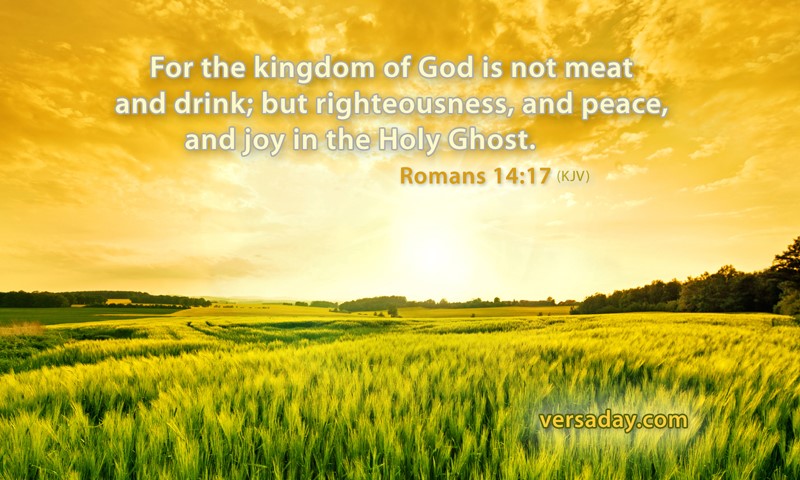 Rev 11:15 Then the seventh angel sounded: And there were loud voices in heaven, saying, “The [f]kingdoms of this world have become the kingdoms of our Lord and of His Christ, and He shall reign forever and ever!” 1

We will continue with Lesson 3 next week.

The blessings of the Lord are upon you whether by    blood, adoption/sonship or assignment. The blessing of the LORD makes a person rich, and he adds no sorrow with it. Prov. 10:22