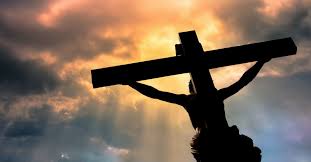 A PRAYER FOR THE ENEMY

"But I say to you, love your enemies, bless those who curse you, do good to those who hate you, and pray for those who spitefully use you and persecute you."  Matthew 5:44

Jesus was practicing what He preached. Remember, in the Sermon on the Mount He said, "Love your enemies, bless those who curse you, do good to those who hate you, and pray for those who spitefully use you and persecute you" (Matthew 5:44).

And Jesus also was fulfilling a Messianic prophesy. Isaiah 53, written hundreds of years before Christ died, said that the Messiah would make intercession for the transgressors. And that is exactly what Jesus was doing. He was interceding for all the people who played a role in His death.

Pilate himself knew Jesus was innocent. He said, "I find no fault in this Man" (Luke 23:4). But because he was so concerned about his career and position, he would not pardon Jesus and let Him go. The religious rulers knew that no legitimate charge could be brought against Christ. Even the Roman centurion at the cross said, "Truly this Man was the Son of God!" (Mark 15:39). Judas Iscariot knew he had done wrong, saying, "I have sinned by betraying innocent blood" (Matthew 27:4).

When was the last time you prayed for your enemies?