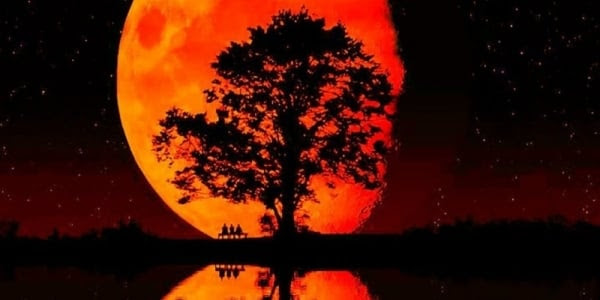 The pastor whose book “Blood Moons” explains the biblical links between cosmic phenomena such as eclipses and events on Earth, told a live, TV studio audience the current series of lunar alignments ending in 2015 is not a coincidence but a sign from God.

The next event in what is known as a “Blood Moons tetrad,” a series of four blood moons occurring in 2014 and 2014 on biblical holy days, will be Oct. 8.

What will happen when the current string of blood moons runs its course? Perhaps nothing, Pastor Mark Biltz admits, but people nonetheless need to be watching and listening to God and get on His biblical calendar. 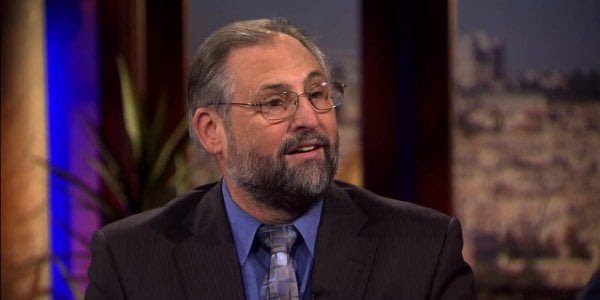 This was his message to Sid Roth when he appeared on the latest edition of Roth’s “It’s Supernatural!” program to discuss how he uncovered the blood-moons phenomenon.

“I found out about the feasts of the Lord. And I realized they weren’t the Jewish feasts, they were the Lord’s feasts!” Biltz said during his interview with Roth. “God doesn’t want us to miss the appointments. He always warns us before He brings judgment. In Daniel, it says one of the things the Antichrist tries to do is change the times and seasons. That’s referring to the feast days. That’s referring to God’s appointed times when He’s going to intersect human history.”

Biltz used NASA’s Eclipse website to correlate the celestial events with God’s holy days mentioned in the Bible, discovering the four blood-moon eclipses in 2014 and 2015 actually coincide with the Feasts of Passover and Tabernacles.

“According to NASA, over 5,000 years you only average one total lunar eclipse every year and a half, and here we have four within a year and a half, and they’re falling on feast days,” Biltz explained. “The last time it happened was when Israel recaptured Jerusalem in 1967 and 1968.

“This is supernatural!” Biltz declared as he recounted his search back through history for blood moons occurring on biblical feast days. “I look at the next date, and it was right after Israel became a nation in 1948.” 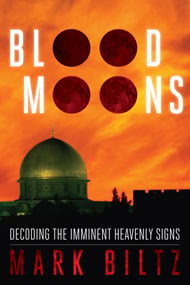 WND Books released “Blood Moons” nationwide March 18. It examines the extraordinary chain of events in the heavens that began this past Passover, April 14.

The Earth is seeing what’s called a “blood moon tetrad,” an astronomical series of four, consecutive, total lunar eclipses. It has occurred previously, according to NASA, but there’s something very different about this series: The eclipses occur on the biblical holidays of Passover and the Feast of Tabernacles, or Sukkot.

When tetrads have occurred in the past on these holidays, which are observed by Jews around the world and an increasing number of Christians as well, they have coincided with momentous events in the history of the Jewish people. The 1967 Six-Day War and the 1948 resurrection of the nation of Israel are two examples.

As Passover 2014 neared, millions of people around the world watched with anticipation for the moon to turn blood red with the first eclipse.

Biltz, the founder of El Shaddai Ministries, is a well-known commentator on the feasts of the Lord who has spoken in Sweden, Germany, Switzerland, Canada and throughout the United States.

Going deeper into the biblical calendar, Biltz told Roth: “There are some divine appointments that are scheduled, like Passover, like the Feast of Tabernacles. Each one of these feasts in Hebrew is called a ‘mikra.’ We translate that as ‘convocation,’ but the Hebrew word implies a dress rehearsal. So every time on Passover the Jews went to the dress rehearsal of killing the Passover Lamb [Jesus] on Passover, because that is when the event was going to happen.”

“[Jesus] died on Passover, He was buried on Unleavened Bread, He rose on the Feast of First Fruits and the Spirit was poured out on the Feast of Pentecost, or Shavu’ot,” Biltz said.

He continued, “It was at the third hour of the day they bound the Lord to the cross. That’s nine in the morning, the time of the morning sacrifice. So at the very moment the high priest is binding the Passover lamb to the altar, they’re binding the Lamb of God to the cross, and they’re singing Psalms 113-118. Did you know that God had David write the funeral song for his Son 1,000 years before?”

“At the very moment they’re binding Yeshua to the cross, Josephus records two and a half million Jews are in Jerusalem, and there’s this choir that is singing, and the words they’re singing are, ‘Bind the sacrifice with cords, even to the horns of the altar.’ This is what He’s hearing as they’re binding Him to the Cross,” Biltz said. “And then at noon when He’s lifted up, and He said, ‘If I be lifted up I’ll draw all men unto me,’ guess what they’re singing? Psalm 118, and what are the words? ‘The right hand of the Lord is lifted up, the right hand of the Lord is exalted.’ So not only did he fulfill the feast to the day, but to the very single hour.”

Biltz continued, “Next year on September 28, we not only have a full moon, we have a super moon that’s at its closest point to earth not just for the month, but for the entire year. It’s a super blood moon that is going to be seen in Jerusalem, on the Feast of Tabernacles, and in a Shemitah (Jubilee) year.”

“All these signs, coming together at one time, are potentially the culminating signals that God is closing this chapter of human history,” Biltz said. “This could be the final curtain call before the Great Tribulation mentioned in the Bible. God has always wanted to warn His people, and the rest of the world, before He intervenes. What better way to communicate to us than through the universal language of heavenly signs that speak to every tribe, tongue and nation?”