THE FALL OF MANKIND, PRE-FLOOD WORLD 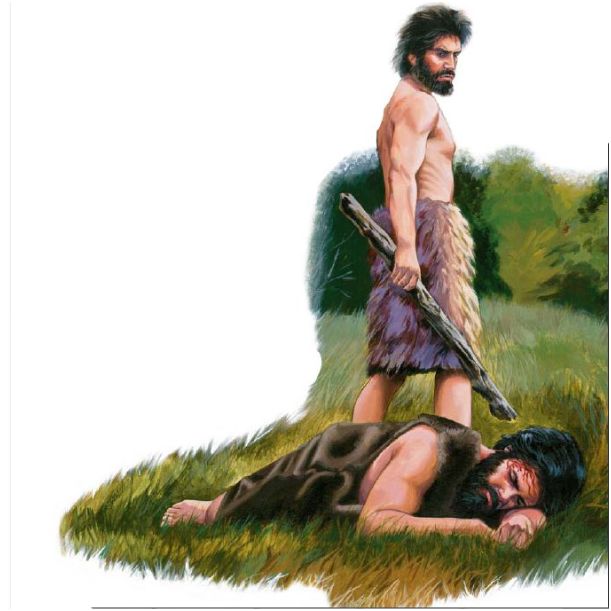 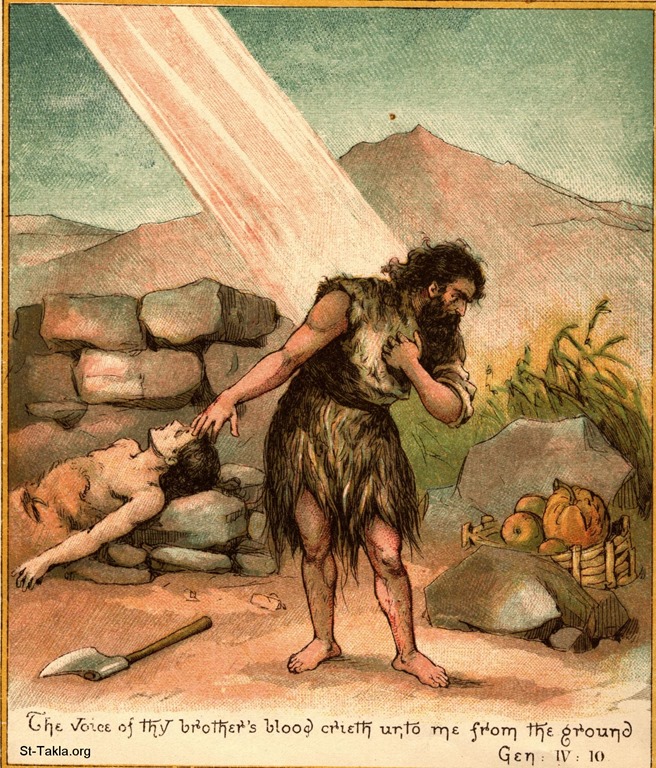 Gen.4:11 “So now you are cursed (hated) from the earth, which has opened its mouth to receive your brother’s blood from your hand.12 “When you till the ground, it shall no longer yield its strength to you. A fugitive and a vagabond you shall be on the earth.” 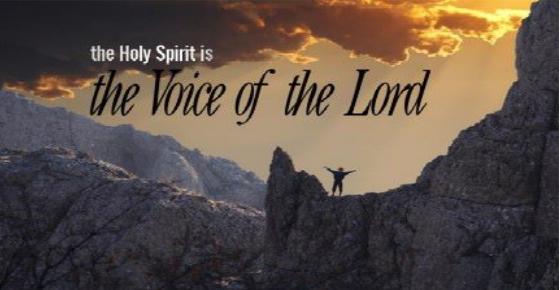 Notice God did not curse Cain rather He said you are hated by the earth. In other words he succumbed to the fall or curse which was on the earth. Cain was a farmer and the earth would no longer produce for him.

It's important to note how Cain's new way of life  that he spoke upon himself was as one of a fugitive or wanderer, the Hebrew being nuwa and nuwd which both mean a kind of aimless wanderer. If the ground that he would toil would never bring forth food for him then he will be forced to wander endlessly for sustenance. 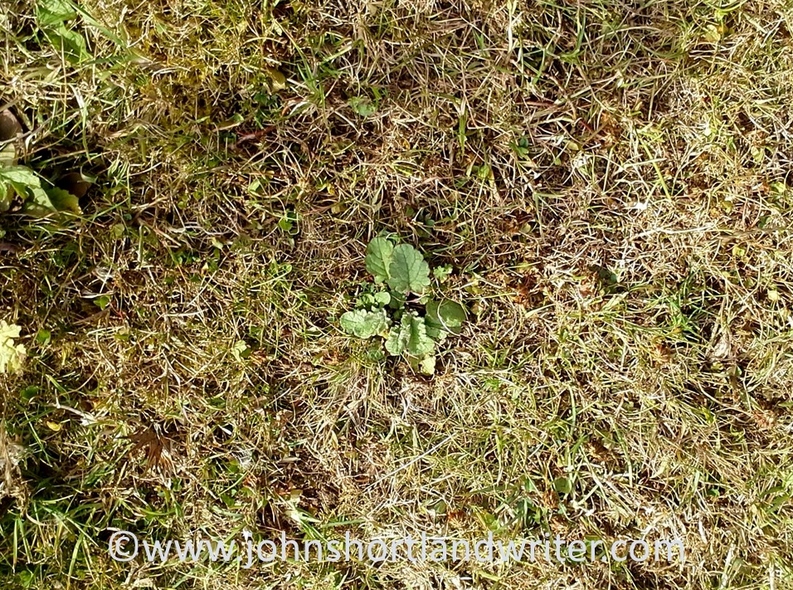 Gen. 4:13 And Cain said to the Lord, “My punishment is greater than I can bear!14 “Surely You have driven me out this day from the face of the ground; I shall be hidden from Your face; I shall be a fugitive and a vagabond on the earth, and it will happen that anyone who finds me will kill me.”

Gen.4:15 And the Lord said to him, “Therefore, whoever kills Cain, vengeance shall be taken on him sevenfold.” And the Lord set a mark on Cain, lest anyone finding him should kill him. 16 Then Cain went out from the presence of the Lord and dwelt in the land of Nod on the east of Eden.

The word Nod, in Hebrew, means “wanderer, exile, or fugitive.” This corresponds to God’s word to Cain that he would “be a fugitive and a wanderer on the earth” (Genesis 4:12). Some Bible scholars have suggested that Nod is not an actual place; rather, the Bible simply means that, wherever Cain went, it could be called the “Land of the Wanderer.” 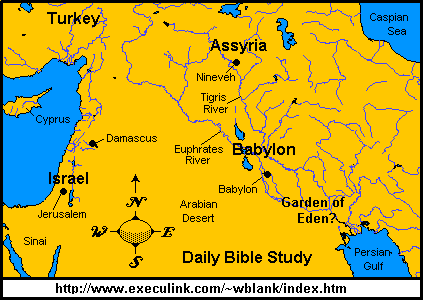 East of Eden- from historical records.......this may have been Syria or Jordan.

(1Jn 3:12)  Not as Cain, who was of that wicked one, and slew his brother. And wherefore slew he him? Because his own works were evil, and his brother's righteous.

(Jud 1:11)  Woe unto them! for they have gone in the way of Cain, and ran greedily after the error of Balaam for reward, and perished in the gainsaying of Core. 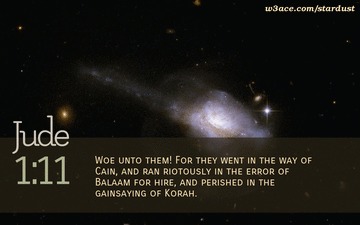 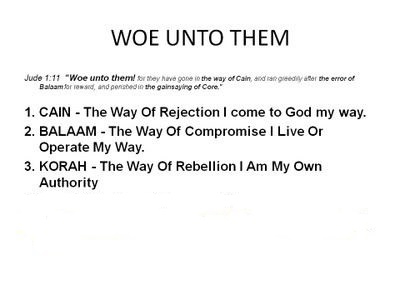 The consequences of the ﬁrst murder.

An indictment against Cain for his murder of Abel.

a. He says ﬁrst that he has no knowledge of his brother’s location.

b. God knew, however, and said that Abel’s shed blood cried for vengeance.

wilderness, because of the violence done to the sons of Judah, in whose land they have shed innocent blood. [20] But Judah will be inhabited forever, and Jerusalem for all generations.

2. After God’s decree,(some say God’s punishment), but it really wasn’t; God had mercy on Cain.

a. He claimed that this was “unbearable.”

(1)There was no requirement for capital punishment for the crime at that time, but made it a precept after the ﬂood of Noah’s time. Genesis 9:6 “Who-ever sheds man's blood, by man his blood shall be shed, for in the image of God He made man.” 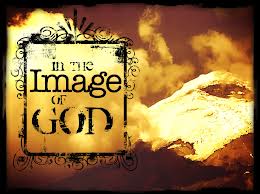 All mankind was made in the image of God.

(a)Before the ﬂood, violence prevailed. Genesis 6:11 “...the earth was corrupt in the sight of God, and the earth was ﬁlled with violence.”

(b)Other murders had been committed without the execution of the murderer. (See the boast of Lamech below, in verse 23.)

(2)Cain realized that someone of his family might take vengeance.

(a)There would be a seven-fold” vengeance on anyone who might slay Cain.

(b)God marked Cain in a way that would deter avengers from killing him. (that in itself is mercy)

i) It is common today for people to say of murderers, “He has the mark of Cain.” ii) Speculation on what this mark might have been is fruitless.

God allows (Cain spoke this) Cain to live a life of wandering and puts a mark on him, as a sign that he is protected and no one must kill him. (The expression "the brand of Cain" for a murderer is based on a misunderstanding. Cain was not "branded" in order to mark him as a murderer but rather to protect him from himself becoming a victim of murder.)

We will continue with Les. 4 next week. 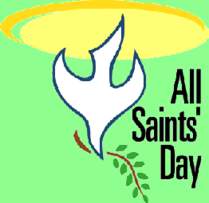 The blessings of our Lord are upon you and all that is yours by blood, adoption and/or assignment.