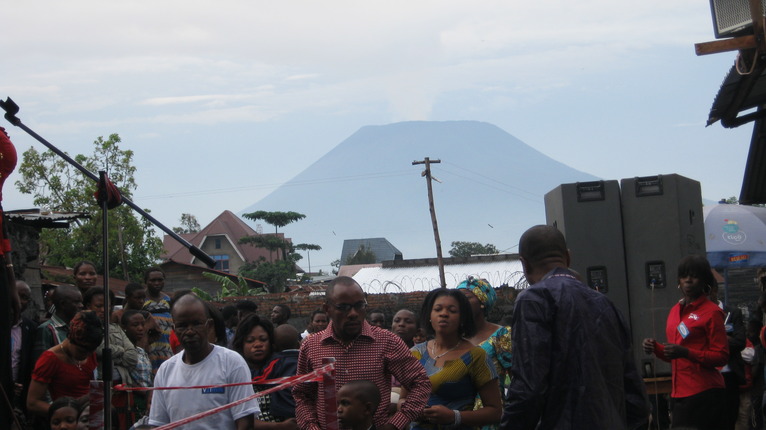 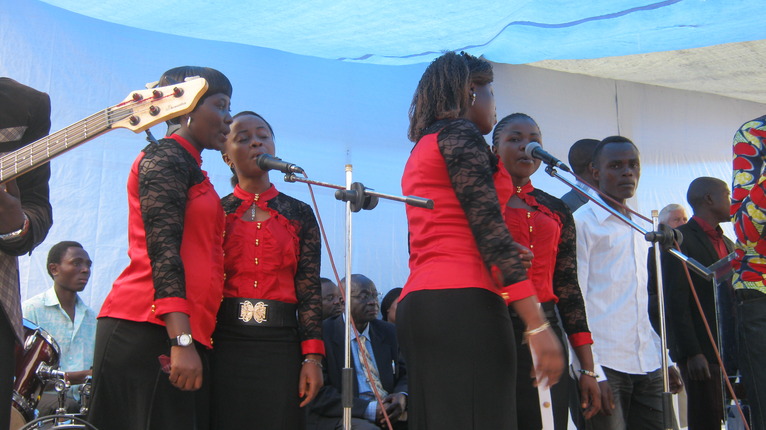 Exodus 19:16 Then it came to pass on the third day, in the morning, that there were thunderings and lightnings, and a thick cloud on the mountain; and the sound of the trumpet was very loud, so that all the people who were in the camp trembled. v17 And Moses brought the people out of the camp to meet with God, and they stood at the foot of the mountain v18 Now Mt. Sinai was completely in smoke, because the Lord descended upon it in fire. Its smoke ascended like the smoke of a furnace, and the whole mountain quaked greatly. v19 And when the blast of the trumpet sounded long and became louder and louder, Moses spoke, and God answered him by voice.

Beloved, Mt. Nyiragongo, near Goma in Democratic Republic of Congo,is called the mountain of fire.  It has the largest lava lake of any active volcano in the world. Just as the Israelites trembled at the sounds of Mt.Sinai shaking and rumbling, so too, the people of Goma tremble at the shaking of Mt. Nyiragongo. When the Lord first took us there in 2012, I was amazed that people would want to live in a place where the threat of volcanic eruption is an everyday possibility.  And yet it certainly adds a vibrant urgency to everyday life, a reminder that life is precious and could be disrupted quickly.  Add to that threat was the rebel army that was perched on the edge of the city, ready to come in and take over.  At the crusade, the Lord took me to 2 Chronicles 20, the story of King Jehoshaphat, when Judah and Jerusalem were surrounded by their enemies.  But after a time of prayer and fasting, the Lord sent the prophet Jahaziel to speak to Jehoshaphat, and he told him, "You will not need to fight in this battle, for the battle is not yours, but God's."  Beloved, no matter what you are going through, position yourselves to see the salvation of the Lord. Believe in His prophets, and you shall prosper. Pray for Goma as the mountain of fire is again erupting and rumbling, destroying lives and bringing hardship to the people.  Thank you for your prayers and support, may God bless you as you pray!