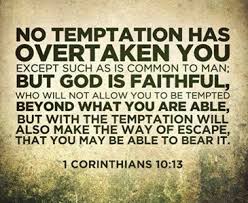 What Did I Do To Deserve This?

Have you ever uttered the words "Why is this happening to me?" I mean after all, we try to live right. We pray, we go to church, we read our Bible, we try to be a good husband (or wife), but still this terrible thing has happened to me. What did I do to deserve this? Why did they treat me so badly? Why do things happen to hurt me so much? Where is God when I need him? Why did he allow this to happen?

If you are looking for some fantastic, new revelation to answer these questions you're going to be disappointed, because I don't have one. I have only the old answers you have heard before, but that doesn't make them any less true.

You see, more than likely you don't deserve all the bad stuff that is happening to you. Where is God and why didn't he stop it? He's still in heaven watching over his creation. Why didn't he stop it, for the same reason he didn't stop it when they came and took his son to be crucified.

There is a good chance you have heard the following story, because it is a favorite of preachers. A man tells that one morning he had discovered a cocoon in the bark of a tree. He noticed that a butterfly was trying to emerge from the cocoon. He waited a while, but it took so long. Finally, he decided to help the poor creature along. Slowly and carefully he tore the cocoon to help the butterfly escape. The butterfly started to come out, but its wings were folded back and crumpled. The butterfly valiantly struggled but could not make it and soon died. The man had forced the butterfly to come out before its time without a struggle. As he held the little body in his hands he realized the terrible thing that he had done. It was the struggle to come out of the cocoon the butterfly needed to pump the fluids into it's wings and give it strength, without the struggle it died.

If you are going through tough times right now or if you do in the future, don't label God as uncaring and don't give up on Him. It may be that you need to strengthen your wings of faith to be what you're supposed to be. If he reached out and interfered you may never grow into what he has intended you to be.

Paul writes "No temptation has overtaken you except what is common to mankind. And God is faithful; he will not let you be tempted beyond what you can bear. But when you are tempted, He will also provide a way out so that you can endure it. (1 Corinthians 10:13)

May you find "God's way out" to endure the test!